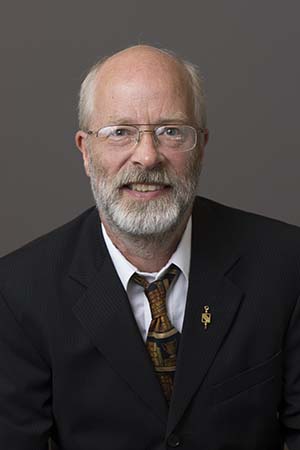 Professor Fisher joined the Krannert faculty in 2005 and has served as the Assistant Dean for Online Programs & Instructional Excellence, Assistant Dean for GISMA, Assistant Dean and Academic Director for Undergraduate programs, and the Area Coordinator for Law, Communications and Ethics. He also has taught at GISMA Business School in Hannover, Germany. He previously served as a professor and chair in the Department of Economics and Business at Hanover (Indiana) College. He also has been an adjunct faculty member at National University in Fresno, California, California State University-Fresno, the California School of Professional Psychology, the University of San Francisco, Western Washington University, and Eastern Washington University. He was an assistant city attorney in Bellingham, Washington, and a risk manager for the city of Fresno, California.

He was twice elected for three year terms to the University Senate to represent Krannert as a Senator. Professor Fisher has been an academic advisor for Delta Sigma Pi and Beta Gamma Sigma for undergraduates. He has taught MBA courses in German for seven summers in the GISMA program, and has taught study abroad in Italy during the summer.  He is a peer reviewer for the American Business Law Journal, McGraw-Hill/Irwin, South-Western/Cengage Learning, and on the editorial boards for the Review of Integrative Business & Economics Research Journal, Horizon Research Publishing's Advances in Economics & Business Journal, International Journal of Business Insights & Transformation, Research in Social Change Journal, Journal of Law & Legal Studies, and International Journal of Scientific and Engineering Research.

Professor Fisher has 39 published articles, and his 40th manuscript has been accepted for publication by Rutgers Computer and Technology Law Journal. His research interests are employment law, environmental law, contract law and constitutional law.