Skip to Content
Purdue University is taking steps to ensure the health and safety of our community by moving to online delivery of classes for the remainder of the Spring 2020 semester. Events are also being restricted or suspended through May 2nd. For the latest information and guidance on Purdue’s response to COVID-19 please visit: https://Purdue.university/covid-19 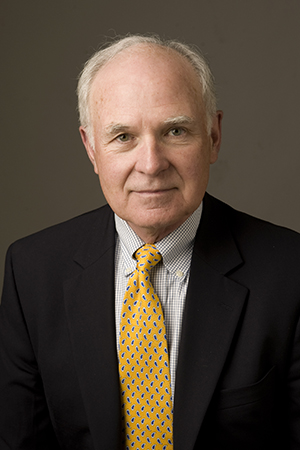 Dean Lynch is a highly decorated teacher. He was voted by master's students as the recipient of the Salgo-Noren Award as outstanding instructor in 2009-10, the fifth time he has received the honor. He is a Fellow of the Teaching Academy at Purdue, and was listed in 1994 by Business Week a one of the 12 best teachers nationally in schools of business. He will continue to teach as he serves as interim dean. A military veteran, Dean Lynch has taught in a master's program on Air Force bases in Germany and Crete, and he was a visiting professor at universities in England, Finland, and France.

Specializing in monetary theory and policy, macroeconomics, and international trade and finance, Dean Lynch has been published in a number of journals, including the American Economic Review, Journal of Regional Science, Journal of Economics and Business, Review of Financial Economics, and Journal of Economic Education. He also has co-authored three economics textbooks and another book geared toward high school economics teachers. In the spring of 2006, he was a visiting researcher at the World Bank in Washington, D.C. His opinions frequently are sought outside the boundaries of Purdue, as he has worked as an economic consultant for companies including Sears, Caterpillar, B.F. Goodrich, TRW, Wabash National, and BankOne.